“Donuts. Is there anything they can’t do?” Matt Groening

Ash Wednesday, a day of fasting, is the first day of Lent in Western Christianity (observed by Anglicans, Lutherans, Methodists, Presbyterians, Roman Catholics and some Baptists). It occurs 46 days before Easter. According to the canonical gospels of Matthew, Mark and Luke, Jesus Christ spent 40 days fasting in the desert, where he endured temptation by Satan. Lent originated as a mirroring of this, fasting 40 days as preparation for Easter.

Valentine’s Day, also called Saint Valentine’s Day or the Feast of Saint Valentine is celebrated annually on February 14. Originating as a Western Christian feast day honoring one or two early saints named Valentinus, Valentine’s Day is recognized as a significant cultural, religious, and commercial celebration of romance and romantic love in many regions around the world. Martyrdom stories associated with various Valentines connected to February 14 are presented in martyrologies including a written account of Saint Valentine of Rome’s imprisonment for performing weddings for soldiers, who were forbidden to marry, and for ministering to Christians persecuted under the Roman Empire. According to legend, during his imprisonment Saint Valentine restored sight to the blind daughter of his judge, and before his execution he wrote her a letter signed “Your Valentine” as a farewell.

“With a doughnut in each hand, anything is possible.” Jameela Jamil

So on this special day, combining the two celebrations, people are prohibited from indulging in excesses for themselves in terms of eating and drinking, but nothing forbids the faithful from showing tremendous amount of love to the people around them. Therefore one’s heartthrob can still be bathed in love and attentions, and even if its in the form of food and dessert, just chose those of mini… 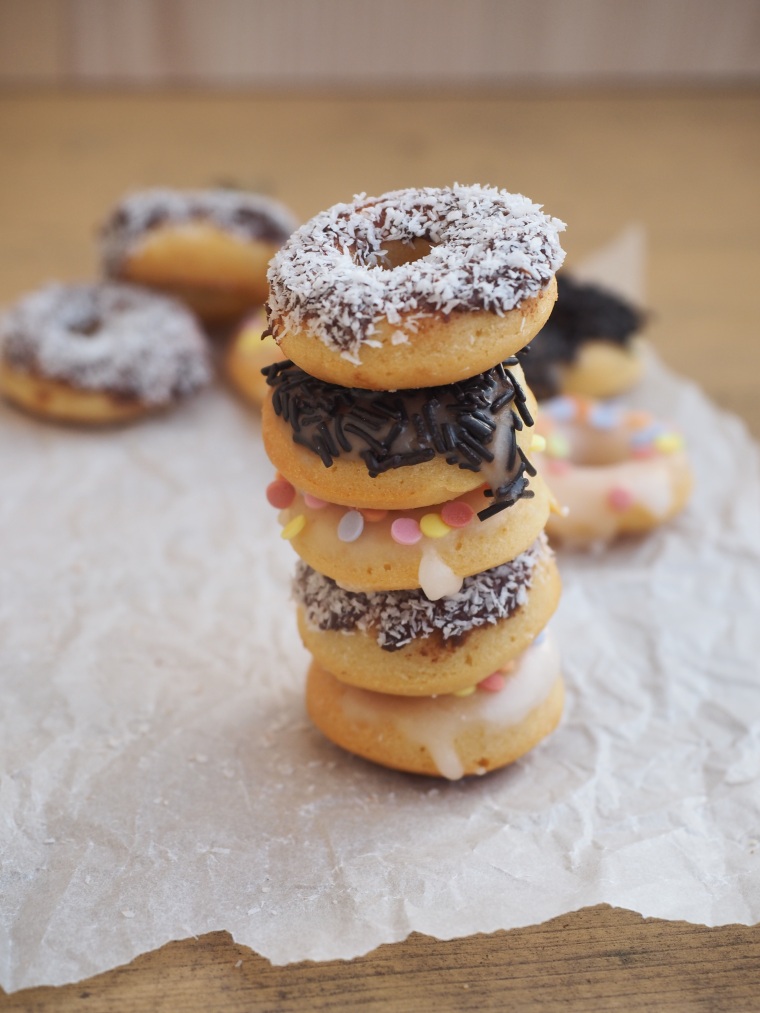 Method
Heat the oven to 160 degrees C. Lightly spray the mini doughnut pan with oil. Sift the flour, baking powder and a pinch of salt into a bowl and stir in the sugar. In a jug, whisk together the milk, egg, butter and vanilla extract. Make a well in the flour, pour in the egg mixture and stir.
Fill each of the doughnut moulds ¾ full with the batter. Bake for 8-10 mins, or until firm and springy to the touch. Leave to cool in the tin for a couple of minutes.
Mix the icing sugar with a couple of tbsp of water, until a runny consistency is achieved. Dip one side of a doughnut into melted chocolate or runny icing and decorate, before leaving to set on a wire rack. 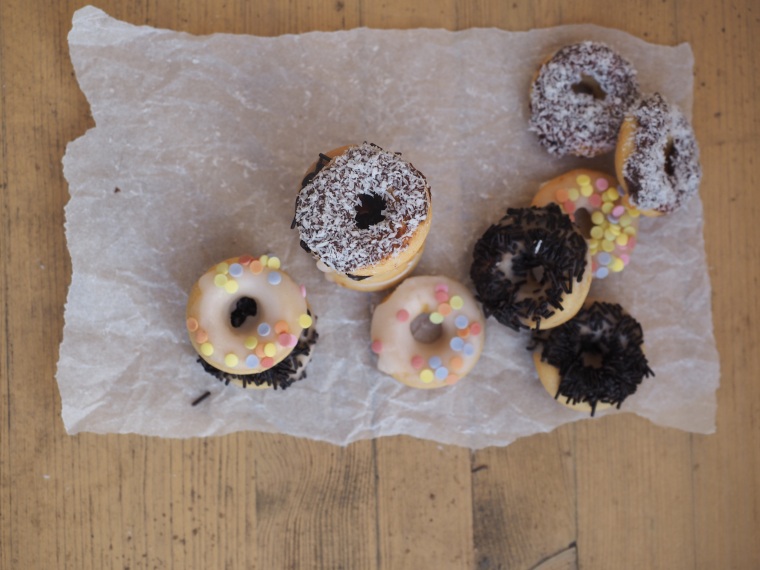