“Food history is as important as a baroque church. Governments should recognize cultural heritage and protect traditional foods. A cheese is as worthy of preserving as a sixteenth-century building.” Carlo Petrini 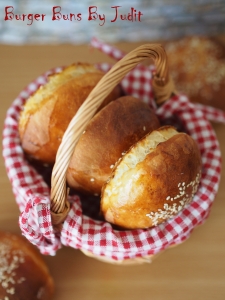 Tracing history back thousands of years, one can learn that even the ancient Egyptians ate ground meat, and down through the ages we also find that ground meat has been shaped into patties and eaten all over the world under many different name. In the late eighteenth century, the largest ports in Europe were in Germany. Sailors who had visited the ports of Hamburg and New York, took the foods. To attract German sailors, eating stands along the New York city harbor offered “steak cooked in the Hamburg style”, bringing the term “Hamburg Steak” into popular usage.

“All human history attests That happiness for man, – the hungry sinner! – since Eve ate apples, much depends on dinner.” Lord Byron

Immigrants to the United States from German-speaking countries also aided their favorite foods’ quick rise. The Germans simply flavored shredded low-grade beef with regional spices, and both cooked and raw it became a standard meal among the poorer classes. In the seaport town of Hamburg, it acquired the name Hamburg steak. Today, this Hamburger style patty is no longer called Hamburg Steak in Germany but rather “Frikadelle,” “Frikandelle” or “Bulette. Some say the origin of the hamburger is not very clear, but the prevailing version is that at the end of 1800’s, European emigrants reached America on the ships of the Hamburg Lines where they were served meat patties quickly cooked on the grill and placed between two pieces of bread. The family of Oscar Weber Bilby claim the first-known hamburger on a bun was served on Grandpa Oscar’s farm just west of Tulsa, Oklahoma in 1891. The family says that Grandpa Oscar was the first to add the bun, but they concede that hamburger sandwiches made with bread may predate Grandpa Oscar’s famous hamburger. Michael Wallis, travel writer and reporter for Oklahoma Today magazine, did an extensive search in 1995 for the true origins of the hamburger and determined that Oscar Weber Bilby himself was the creator of the hamburger as the world today knows it.

Method
Combine the flour, yeast, salt, sugar, butter, dry milk, potato flour, whey, and egg in the bowl and knead until smooth and elastic, about ten minutes. Adjust the dough’s consistency with additional flour or water as needed. Transfer the dough to a lightly floured work surface and shape into a ball. Place the dough in the bowl and loosely cover with a kitchen towel or plastic wrap and allow to rise until doubled in size, about two hours. Transfer the dough to a lightly floured work surface. Gently deflate the dough and divide into ten equal portions. Roll each piece of dough into a smooth ball and flatten into a disc. Transfer discs to a lined baking sheet spacing them wide apart. Cover lightly with a kitchen towel and allow to rise for two hours in a warm, draft-free space. Preheat the oven to 200º C. In a small bowl, whisk together an egg and one tablespoon of water. Brush the top of the buns with the egg wash and sprinkle with sesame seeds. Bake the buns until golden brown, about 1520 minutes. Transfer to a wire rack to cool completely. 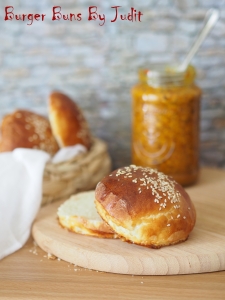 “Skillful and refined cookery has always been a feature of the most glorious epochs in history.” Lucien Tendret